If you have always been a person with an appetite for some adventure in the jungles only to find a volatile volcano in the end, you will definitely love playing Volcano Eruption Scratch right here on Coinfalls Casino!

With an air of adventure in the jungle and the smell of expectation tickling your nose, get ready for some major thrills and fiery spills of riches as you play your way through this dense jungle.

Volcano Eruption Scratch is one game that has a well structured gameplay and progression. The game though not progressive, does have a number of other functions including a gamble option. In the gamble option you can simply bet your entire winnings and spin away to either lose everything or gain more than ever before! With thrills like this distributed throughout the game, players can never truly get tired of playing it. 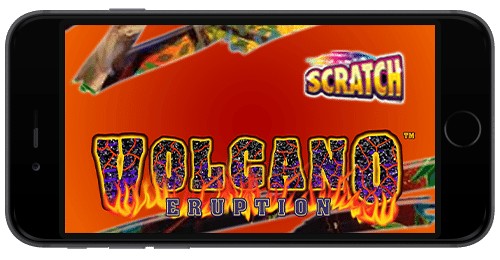 The game is a simple Video slot game and does not have any degrees of sophistication to it that makes playing a pain. Instead this game is a simple spin to win game with fitting animations and an apocalyptic background score.

Conventional features and a unique feature from just one symbol!

The best part about Volcano Eruption Scratch is that it has just one special symbol which is the volcano symbol! This symbol only appears on reels 2, 3 and 4 and can trigger you wilds, free spins and multipliers!

The volcano symbol is primarily a wild. Getting it anywhere on one of the three central reels makes the whole reel and expanded wild and substitutes for all other symbols. Since there are no other special symbols in the game, getting a wild assures you a win for sure! 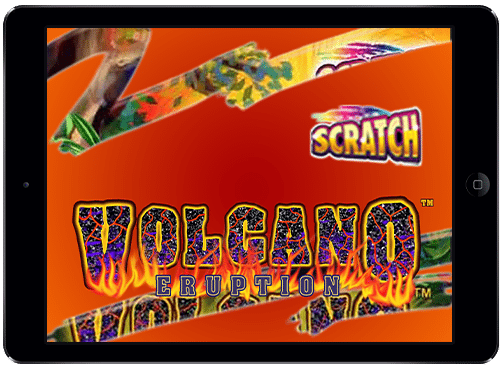 The game has a special and unique feature called as the eruption feature which gets triggered when 3 volcanoes appear on your reel at the same time. This makes way for an overlay wild and first in combination with 5 re spins. The eruption feature is the most rewarding as wilds are pretty much set and every re spin is always a win!

Volcano Eruption Scratch is a Scratch card version of the game Volcano Eruption by NextGen. The developers have made sure that all the features that the game had is incorporated here too. With a Jackpot of 500 coins and a stake multiplier of 1000x, there is almost a sure shot chance for you to be a winner. The sound and animations are top notch and this game is a must play for people looking for games.