Ahh! Cleopatra!! The God Queen, the last Pharaoh of Egypt and one of the most beautiful women in history. So, it was always inevitable that someone was going to develop a slot game about her. And here it is. This slot game by IGT is a classic and one of the most popular slot games of all time. It released quite a few years back but it has still managed to hold it’s own among all those new slot games with their advanced graphics and game engines. So, what makes this slot game so popular? How as it remained on the top for all these years? Time to find out.

International Game Technology or IGT, as it is more popularly known, was originally an American gaming company based in Las Vegas. It is known for creating slot games such as Da Vinci Diamonds, 100K Pyramid etc. 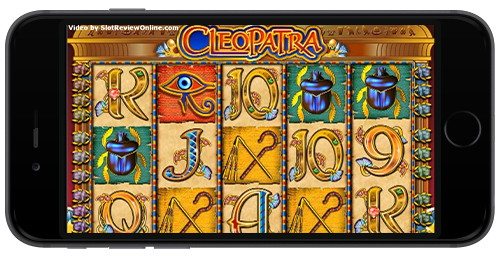 ക്ലിയോപാട്ര is a very bright and colourful slot. Since it is about a Pharaoh, the slot has a distinctively Egyptian look to it. The golf colour tone works really well. It kind of makes this game look royal and grand, right how it’s supposed to be. The background music too is quite good and blends in perfectly with the theme. Kudos to IGT for their wonderful work on both the audio and visuals.

ക്ലിയോപാട്ര has 5 reels and 20 paylines. The slot is playable from a meagre 20p per spin to an enormous 100£ per spin. The base game is slightly on the boring side. This because there is not really much action going on in it. The game’s volatility is somewhere between medium. As mentioned above the base game is kinda boring and you’ll have to go through a lot of dry spells. 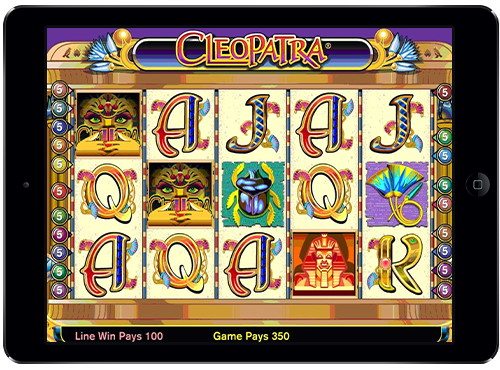 But that’s where the bonus rounds come in. And they are full of rollicking fun. Especially the ക്ലിയോപാട്ര free spins feature. Do watch out for it has you get as many as 180 free spins along with a 3x multiplier. There is also a scatter symbol landing 3 of which on the reels gives you 15 free spins. The best thing about these spins is the fact that these spins can be retriggered.

ദി ക്ലിയോപാട്ര symbol also serves as the wild symbol and acts as a replacement for all the other symbols except the scatter symbol.

ക്ലിയോപാട്ര is a fun slot game that keeps you entertained for a long period of time. But not only that, it also provides you with some great payouts. There isn’t much left that you could ask for in a slot. So, just get online and give this one a spin. You’ll love it. Try out other slots games with Coin Falls too!