Dracula is the latest slot game which is a licensed creation of Universal Studios itself. The central character of this game Count Lord is one of the original vampires. Having amazing mental abilities like telepathy and hypnosis, he has strength of more than twenty 20 men and can even fly. He can control the weather and can directly control a storm, lightening, fog, and thunder. He is indestructible and has the ability to go invisible in the dark. He has the power to take life from the alive and give life to the dead. And now he is on Coinfalls Casino to give it all to you.

This 5 reels and 40 paylines game has amazing gameplay along with the mesmerizing graphics and animations. Even the symbols have animations, which is rare for a slot game. These symbols are Count Dracula, beautiful maiden, a drunken guy, a fat guy and a skinny greedy boy, along with the basic symbols. Three or more symbols in a payline pattern are rewarding. And for every big win, Count Lord jumps off his mighty chair and roars at you! You better not be scared of him! 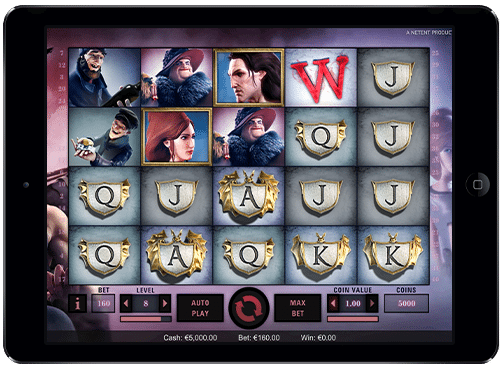 Bets: The minimum bet that can be placed is 20 coins for 40 paylines. Adjust the level from 1 to 10 and coin values using the given arrows. The coin values range from 0.01 to 1.00 credits.

Stacked Dracula and Maiden Symbol: These two stacked symbol appear on any reel. If a player gets 5 parts of these symbols, it gives out 200 times of the line bet.

Basic Wild Symbol: W in red is the wild symbol. It only appears on reel 2, 3 and 4. It has the power to substitute all symbols.

Stacked Wild and Free spins: If a player gets stacked count lord on reel 2, and stacked maiden on reel 4 at the same time, then 10 free spins are awarded. When these free spins are being played, an additional special stacked wild can also be seen. This is Count Lord with young maiden in his arms. When a player sees the full symbol on reel 3, then 2 more free spins are given out. 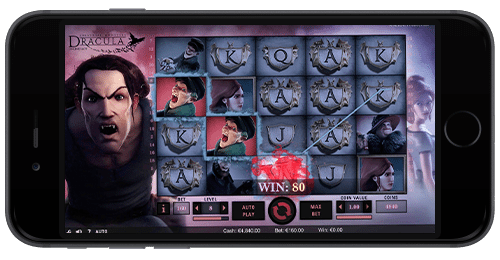 Amazing Bat feature: This feature gets triggered randomly in the basic game. During free spin, it appears once in every spin. In this feature, bats fly around and land on spinning reels in a cluster. Wherever the bats land, that turns into a randomly chosen symbol.

A game with amazing animations and interesting gameplay, Dracula is a must play for all the gamblers who like a little thrill and drama in their games.