A lot of us were captivated by the Indiana Jones franchise and Tomb Raider. For those of us who admire these wonderful blockbusters, you can have a replay right on your mobile. When we talk of a replay, it doesn’t mean you would watch the film again. Rather, you could delve into a hybrid of both worlds by playing the video slot game: Cave Raiders Deluxe, developed by Nektan. 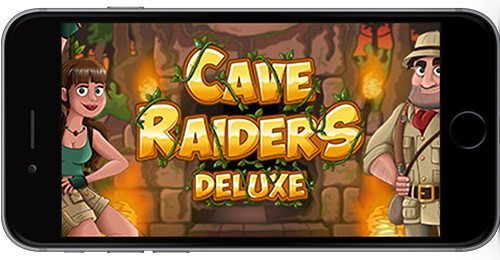 It might not seem like much at the time, but very soon, mobile devices would become the in thing when it comes to video slots. With the advance in smartphone technology, smartphones have beaten PC users when it comes to surfing the internet. It is very certain that such trend would be followed in the video slot industry.

As a result, the decision by Nektan to focus on the development of mobile slots is going to pay off.

Cave Raiders Deluxe is one game that gives players the required bit of adventure. With its rainforest archaeological jungle theme, it is sure to transport players away from the comfort of urban life into a world of adventure and excitement.

The game has two characters, one bearing a close resemblance to Lara Croft and the other being an Indiana Jones wannabe. These two characters guard both sides of the reels while there is a rocky rainforest background. 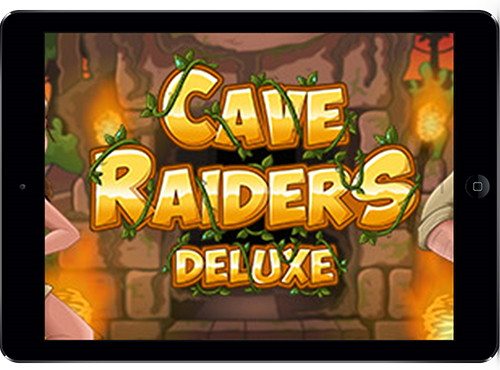 Cave Raiders Deluxe is a game with 5 reels and 25 paylines. Players have the option of activating the number of paylines that they feel would be appropriate for them during the course of gameplay.

The wild symbol in Cave Raiders Deluxe is represented by a skull with two spears beside it. This can be used to replace any other symbol in the game except the scatter. Thus, the wild can be the difference between losing some cash and walking away with a fortune.

Cave Raiders Deluxe is a very awesome video slot game for mobile devices. The absence of more bonus features is something that can be excused considering the fact that the game was developed for mobile devices. In all, this game is sure to guarantee you a good time.