There are very few bands that can actually stand up to the iconic and legendary Guns n Roses but even then the band has an edge of its own. Be it headbanging heavy metal or classic rock tunes, the band sure got their beats right to entertain generations of hard rock fans. Though the band has been disbanded their rock anthems still continue to entertain us.

The band has been paid respect for in many ways. Be it with a simple coffee mug or a t-shirt, the logo on it which says it is patron to the band sets it a class apart. NetEnt studios sure took the gaming world by surprise when it declared a slot game dedicated to the band. The out of the box idea has however paid off with the band fans and genuine slot fans all flocking into casinos to try their hand on the game dedicated to the legends.

The extent of effort that the NetEnt team put into building this slot machine is worth a special mention. Since the game uses original tracks that are copyrighted and owned by the band, NetEnt had to get the band’s permission to use them on their game. But the band gave this and also permission to use anything they thought necessary and the results are more than clear from the game. 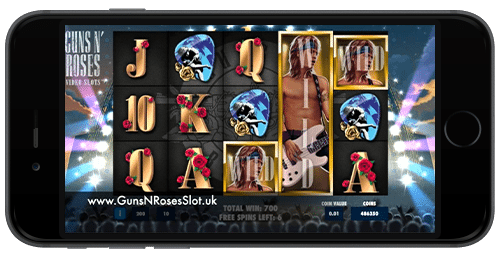 With the band’s logo and legendary stars like Axl Rose and Slash on the reels and some of the band’s most hit songs playing in the background. The slot game can get all fans of the band nostalgic as the Guns n Roses slot game is one of the best tributes that can be paid to the band.

The Guns n Roses slot game also has some amazing features to it. The game has wilds, scatters and multipliers to make your stakes get returned big. While the wilds work as all conventional wilds do, the scatters give you free spins and more. The scatters in the game not only reward you with free spins but also give you a multiplier bonus depending upon the number of scatter symbols you hit. 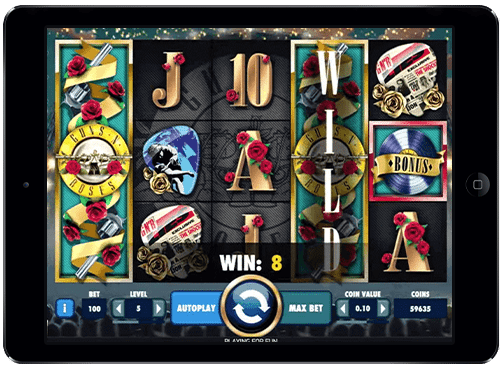 Summary
o Guns n Roses slot game is more than a fitting tribute to the band. With some excellent graphics and soundtracks that can get you thinking about the band and rewarding features that can pull you right back to reality, the slot game is really one of the finest from NetEnt.