Winstar is one of the most popular online slot games. This slot game is considered as a massive hit among the classes and the masses courtesy the larger than life rewards teamed with a lot of fun and entertaining features. This Blueprint production has a traditional gameplay. 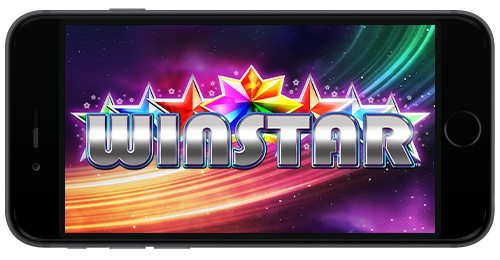 Winstar is a traditional slot game with 5 reels and 20 paylines. It comes with a progressive jackpot as well as amazing mystery symbols. The game ensures big wins throughout and does not lack in the fun, thrill, adventure, and excitement.

The symbols of the game are the cards 10 through to Ace. The large bright colour stars in blue, green and red also appear on the screen.

The smallest bet that you can place in this slot is 20p and the largest bet is £500. The players can use an autoplay feature to relax and enjoy the game. With this feature, a player can set up to 50 spins every time. 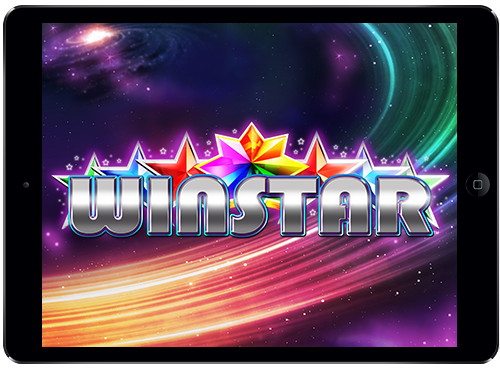 Also, one very interesting feature that this slot offers is that a player can win by getting three plus symbols adjacent to each other not necessarily starting from the left side.

o Winstar symbol is a much-coveted symbol in the game as it showers the player with symbols randomly which increases the winning chances of the player by leaps and bounds. When during the spin, the winstar symbol appears, it reveals the mystery symbol and all the previous symbols then convert to the newly revealed symbol.

The spiky silver symbol is the symbol that offers best payouts. If you get 5 of these stars, you get 50X of the bet you placed. If you get four of these on a line, you get 30X and if you get three, you get 30X. If you get only this symbol on the screen without any other symbol, you will win a whopping 500X of your bet. The red one gives 40X for 5 while the green and the blue stars give 30X. The playing cards offer smaller wins to the players.

When during a spin, the reels turn gold with the golden stars, the player is rewarded. To win the progressive jackpot, all five reels should turn into gold.

Last but, not the least, the theme of Winstar is very distinctive. The overall design is very bright and solid. The screen full of stars looks mesmerizing. The audio effect is also outstanding. The 90s tech kind of music gives the game a dynamic feel.

Winstar is an awesome slot game. It gives amazing payouts and keeps the player enthralled and entertained throughout.